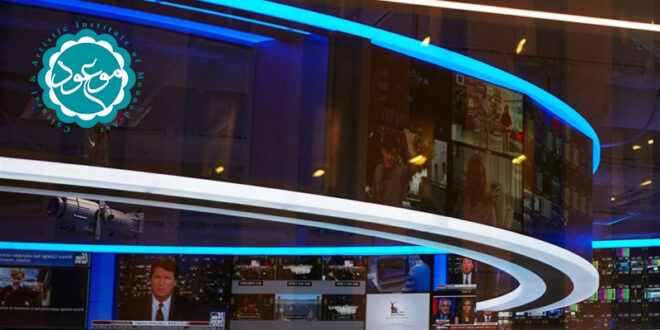 A professor emeritus of philosophy of science at the University of Minnesota Duluth said that the American government, Congress and media, are under full control of dual US-Israeli citizens.

“Sad to say, among the very designs, our massive censorship is taking place everywhere and the dual citizens, US-Israelis, control our mainstream media,” said James H. Fetzer, a professor emeritus of philosophy of science at the University of Minnesota Duluth, shared his views on the decline of the United Sates in an interview with the secretariat of the 2nd International Conference on the Decline of the United States: The Post-American World.

“I think the world needs to appreciate the extent to which the American government, in particular, Congress and the media, are under control of Israelis. I have a poster of 100 executives from The New York Times, CNN, NBC, for example; every one of them is a dual US-Israeli citizen,” he added.

“Massive propaganda giving the Israeli perspective on virtually every issue,” he added, “through media–that they themselves control–now is censoring three major issues in the United States: First, the election of 2020; second, the pandemic itself and the use of the vaccine; and third, the January 6th intrusion into the capitol.”

“The pandemic itself is manufactured by reclassifying cases of the flu,” Fetzer believed. “Their so-called ‘vaccine’ is not actually a form of medicine, and therefore does not properly qualify as ‘vaccine.’ It is a perfectly designed killing machine. This appears to be part and parcel of the Great Reset, a genocidal globalist agenda to reduce the world’s population by perhaps as much as 7 billion or more, of the 8 billion residents of the world today.”

“The studies done on these mRNA vaccines,” Fetzer went on to say, “show that they are loaded with all kinds of bizarre contaminates. We have all kinds of data about their bad effects. It’s estimated the death rate is going to be staggering beginning in the next few months, which is being referred to now as a ‘dark winter.’”

“This is the first time in history,” he said, “that the government has gone all out to impose a vaccine on American citizens. Our medical records and our decisions have been a matter of personal choice.”

“The Iranian Supreme Leader was completely right in banning the government from importing vaccines from the United States,” Fetzer emphasized. “Pfizer and Moderna [vaccines] don’t qualify as vaccines because they are not medicine. They are using a gene therapy mechanism to alter your DNA. These are known as mRNA vaccines. They have concealed the massive deaths and damage being done by the vaccines.”

Concerning capitol attack he said, “We know, Trump had nothing to do with it. He was speaking at the Ellipse a mile and a half away. They were already calling for reinforcements. It was completely staged and I have no doubt, whatsoever.‎ The manufactured events in the past designed to affect American public opinion are on such a scale that the average American has difficulty wrapping his mind around it. They can’t believe the government could be this deceitful, which is part and parcel of the problem with explanations.‎”

“This whole social control system is part and parcel of the ‘great reset,’” Fetzer held, “where Klaus Schwab, who is the founder of the World Economic Forum and the principal proponent of the ‘great reset’ is himself a Rothschild.‎”

“I have been so prominent in promoting collaborative research on complex and controversial events of public significance and political importance, such as the assassination of JFK, the atrocities of 9/11, etc.,” he went on to say, “that I was restricted from access to my Facebook account with 2,500 followers.‎”

“9/11 attack is completely absurd,” he said, “and of course it was used to demonize modern Arab states, where 9/11 was used to justify massive US military intervention in order to take out the modern Arab states and eventually to confront the Persian nation of Iran. It hasn’t played out that way due to the intervention of Russia and Iran at the request of the democratically elected Syrian government to take out, for example, ISIS, which was created by the United States in 2012. By creation of ISIS, they put pressure on the Syrian government, and intended to the direct it against Iran. Russia and Iran acted very well, particularly with the late General Soleymani, whom I admired beyond words, to defeat this onslaught.‎”

“It appears, the brain trust behind 9/11 were trying to conspire a way to draw American forces into the Middle East,” Fetzer asserted, “to take out the modern Arab states that were serving as a counterbalance to Israel’s domination of the entire region.”

“The demonization of Iran, of course, continues to this day,” he went on to say, “Our own intelligence agencies concluded already in 2007, 2010, and 2011 that Iran was not pursuing nuclear weapons. Just three weeks before Netanyahu went to the United Nations and declared precisely the opposite. It is, by the way, a part of the Babylonian Talmudic tradition that Jews are allowed to lie, steal, cheat, even murder non-Jews, collectively known as ‘goys.‎’”

Referring to the state of “despair in the United States,” Fetzer concluded by thanking Iran for creating the opportunity to address these issues, and saying that he believed Iran’s conference is a very important event and that Iran’s providing leadership for the world and dealing with these international issues is bringing together experts from around the world, “for which I compliment and praised you highly.”

The 2nd International Conference on the Decline of the United States: The Post-American World will be held on November 2, 2021, by Imam Hussein Comprehensive University and the Secretariat of the Expediency Discernment Council, in cooperation with the universities and research institutes.

For more information, interested parties may visit the conference website at www.usdecline.ir and the virtual pages of the conference secretariat on social media at @usdecline 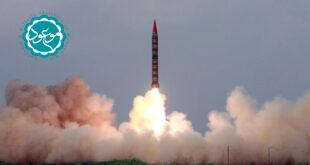 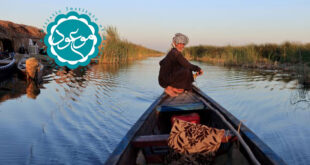 According to Mouood, quoting buy The National News: Why is it so hot in the …