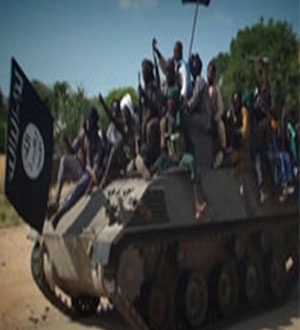 In addition to loss of lives terrorism takes a heavy economic toll on affected countries. IEP says conservative estimates of damage from terrorist activity in 2014 stands at $52.9 million, a 61 percent increase from the previous year and a 10-fold increase since 2000.
Battling terrorism remains more costly than the direct damage caused by it, the report said. An estimated $117 billion was spent globally to provide national security from terrorism threats.

Western countries remain relatively safe from terrorism. In the last 15 years 2.6 percent of all terrorism-related fatalities happened in the West and the percentage drops to 0.5 if the September 2001 attacks in the US are excluded.
‘Lone wolf’ attacks account for 70 percent of all terrorist deaths in the West since 2006 and 80 percent of those deaths can be attributed to right-wing extremism, nationalism, supremacism, anti-government extremism and other types of political ideologies rather than Islamic fundamentalism.
Despite the alarming trends terrorism remains a relatively small threat to lives, the report points out. Globally 13 times as many people are killed by homicides than die in terrorist attacks.