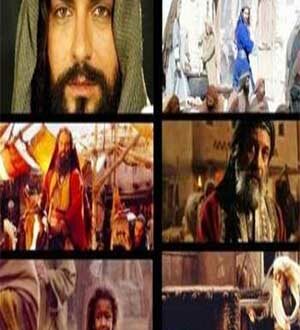 According to the beirut.icro.ir website, the movie’s director Majid Majidi was present at the screening session, which was held with the cooperation of the Iranian Cultural Center in Lebanon.
A number of Shia and Sunni scholars, Lebanese media activists, cinema figures and artists went to the movie theater to watch the epic film.

Muhammad (PBUH), the Messenger of God, which is the first part of Iran’s big-budget trilogy on the life of Prophet Muhammad (PBUH), was premiered in cinemas across Iran on August 26, and attracted a large audience.
A number of internationally-acclaimed professionals, including Academy Award winning visual effects supervisor and filmmaker Scott E. Anderson, three-time Oscar-winning Italian director of photography Vittorio Storaro and renowned Croat production designer Milijen Kreka Kljakovic collaborated in making the film.
Academy Award-winning Indian music composer Allah-Rakha Rahman has written music for the movie.
Majid Majidi is an internationally and critically acclaimed Iranian film director, film producer, and screen writer whose films have touched on many themes and genres and has won many international awards.
His acclaimed film, Children of Heaven (1997), was the first Iranian film nominated for an Academy Award (Best Foreign Language Film) in 1999.
Majidi’s 1999 film ‘The Color of Paradise’ was chosen one of the best 10 films of the year in the US in 2000.