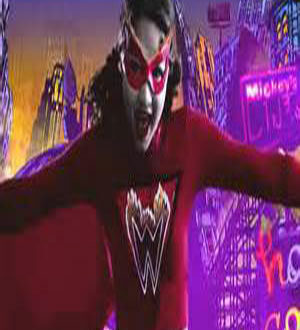 THE CONTEMPORARY MASS MEDIA EDUCATION IN RUSSIA: IN SEARCH FOR NEW THEORETICAL CONCEPTIONS AND MODELS

Abtract. Media education in Russia in general has still not moved from the theoritical conceptions and  local experiments to the wide practical implementation. It is necessary to consolidate pedagogical institutions of higher education, universities, faculties of journalism, experimenters in media education and also the media community, coordination of the interaction of state structures, the existing media educational centers and experimental sites in this sphere.

Introduction
For many decades the professional educators and arts critics from Russian Academy of Education (L.M. Bazhenova, E.A. Bondarenko, S.I.Gudilina, A.A. Zhurin, L.S. Zaznobina, L.S. Pressman, K.M. Tikhomirova, Y.N. Usov, A.V. Sharikov, E.N. Yastrebtsova and others) and from pedagogical institutes and universities (O.A. Baranov, N.B. Kirillova, S.N. Penzin, G.A. Polichko, A.V. Fedorov, N.F. Khilko) have been working out theoretical conceptions and models of mass media education. Russian professional journalists and/or professorate, who taught journalism in institutes of higher education, didn’t hurry to develop the theoretical sphere of this direction of pedagogics for the time being. They preferred to remain in the familiar range of problems of training of future media professionals, and/or to promote the traditional development of the practical branch of media education for schoolchildren and the youth (school and student newspapers, film/radio/television studios, etc.).
However, under the obvious influence of the significant progress of media education in the West (first of all in the leading English-speaking countries), and in Russia itself, the most mobile and active representatives of Russian journalism one after another began to develop this relevant field in the beginning of the XXI century.
Media Education and Journalism
The first serious theorist and journalist who paid attention to mass media education was A.P. Korochensky. In his doctoral thesis and monograph he justly substantiated the common tasks of media criticism and media education (Korochensky, 2003). Then S.G. Korkonosenko took the baton of interest of professional journalism to mass media education (Korkonosenko, 2004). In 2007 I.A. Fateeva published her monograph “Media Education: Theoretical Fundamentals and the Experience of Realization”, which became a kind of manifesto of “journalistic view” on the problems of mass media education in Russia.
Firstly I.A. Fateeva proposed her own variant of the definition of the term “media education”, interpreting it as “the scientific and educational field of study which subject is the means of mass media and communication in pedagogical aspect of their manifold connections with the world, society and mankind. In theoretical terms this field lies at the intersection of pedagogics and the complex science of media. In practical terms it presupposes joint activities of trainers and trainees in