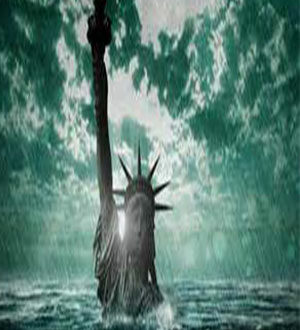 The Painful Collapse of Empire: How the “American Dream” and American Exceptionalism Wreck Havoc on the World

We must tell the truth about the domination that is at the heart of the American Dream so that we may face the brokenness of our world.
Whether celebrated or condemned, the American Dream endures, though always ambiguously. We are forever describing and defining, analyzing and assessing the concept, and with each attempt to clarify, the idea of an American Dream grows more incoherent yet more entrenched.
The literature of this dream analysis is virtually endless, as writers undertake the task of achieving, saving, chasing, restoring, protecting, confronting, pursuing, reviving, shaping, renewing, and challenging the American Dream. Other writers are busy devouring, recapturing, fulfilling, chasing, liberating, advertising, redesigning, rescuing, spreading, updating, inventing, reevaluating, financing, redefining, remembering, and expanding the American Dream. And let’s not forget those who are deepening, building, debating, burying, destroying, ruining, promoting, tracking, betraying, remaking, living, regulating, undermining, marketing, downsizing, and revitalizing the American Dream.