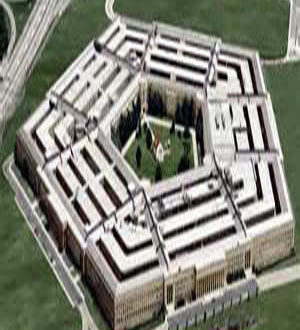 An excerpt from antiwar activist Swanson’s new book, War Is a Lie.
Since the Vietnam War, the United States has dropped all pretense of a military draft equally applied to all. Instead we spend billions of dollars on recruitment, increase military pay, and offer signing bonuses until enough people “voluntarily” join by signing contracts that allow the military to change the terms at will. If more troops are needed, just extend the contracts of the ones you’ve got. Need more still? Federalize the National Guard and send kids off to war who signed up thinking they’d be helping hurricane victims. Still not enough? Hire contractors for transportation, cooking, cleaning, and construction. Let the soldiers be pure soldiers whose only job is to kill, just like the knights of old. Boom, you’ve instantly doubled the size of your force, and nobody’s noticed except the profiteers.

Still need more killers? Hire mercenaries. Hire foreign mercenaries. Not enough? Spend trillions of dollars on technology to maximize the power of each person. Use unmanned aircraft so nobody gets hurt. Promise immigrants they’ll be citizens if they join. Change the standards for enlistment: take ’em older, fatter, in worse health, with less education, with criminal records. Make high schools give recruiters aptitude test results and students’ contact information, and promise students they can pursue their chosen field within the wonderful world of death, and that you’ll send them to college if they live ? hey, just promising it costs you nothing. If they’re resistant, you started too late. Put military video games in shopping malls. Send uniformed generals into kindergartens to warm the children up to the idea of truly and properly swearing allegiance to that flag. Spend 10 times the money on recruiting each new soldier as we spend educating each child. Do anything, anything, anything other than starting a draft.

But there’s a name for this practice of avoiding a traditional draft. It’s called a poverty draft. Because people tend not to want to participate in wars, those who have other career options tend to choose those other options. Those who see the military as one of their only choices, their only shot at a college education, or their only way to escape their troubled lives are more likely to enlist. According to the Not Your Soldier Project:
“The majority of military recruits come from below-median income neighborhoods.

“In 2004, 71 percent of black recruits, 65 percent of Latino recruits, and 58 percent of white recruits came from below-median income neighborhoods. “The percentage of recruits who were regular high school graduates dropped from 86 percent in 2004 to 73 percent in 2006. “[The recruiters] never mention that the college money is difficult to come by – only 16 percent of enlisted personnel who completed four years of military duty ever received money for schooling. They don’t say that the job skills they promise won’t transfer into the real world. Only 12 percent of male veterans and 6 percent of female veterans use skills learned in the military in their current jobs. And of course, they downplay the risk of being killed while on duty.”
In a 2007 article Jorge Mariscal cited analysis by the Associated Press that found that “nearly three-fourths of [U.S. troops] killed in Iraq came from towns where the per capita income was below the national average. More than half came from towns where the percentage of people living in poverty topped the national average.”

“It perhaps should come as no surprise,” wrote Mariscal,”that the Army GED Plus Enlistment Program, in which applicants without high school diplomas are allowed to enlist while they complete a high school equivalency certificate, is focused on inner-city areas.

“When working-class youth make it to their local community college, they often encounter military recruiters working hard to discourage them. ‘You’re not going anywhere here,’ recruiters say. ‘This place is a dead end. I can offer you more.’ Pentagon-sponsored studies ? such as the RAND Corporation’s ‘Recruiting Youth in the College Market: Current Practices and Future Policy Options’ ? speak openly about college as the recruiter’s number one competitor for the youth market….

“Not all recruits, of course, are driven by financial need. In working-class communities of every color, there are often long- standing traditions of military service and links between service and privileged forms of masculinity. For communities oft en marked as ‘foreign,’ such as Latinos and Asians, there is pressure to serve in order to prove that one is ‘American.’ For recent immigrants, there is the lure of gaining legal resident status or citizenship. Economic pressure, however, is an undeniable motivation. . . .”

Mariscal understands that there are many other motivations as well, including the desire to do something useful and important for others. But he believes those generous impulses are being misdirected:

“In this scenario, the desire to ‘make a difference,’ once inserted into the military apparatus, means young Americans may have to kill innocent people or become brutalized by the realities of combat. Take the tragic example of Sgt. Paul Cortez, who graduated in 2000 from Central High School in the working-class town of Barstow, Calif., joined the Army, and was sent to Iraq. On March 12, 2006, he participated in the gang rape of a 14-year-old Iraqi girl and the murder of her and her entire family.

“When asked about Cortez, a classmate said: ‘He would never do something like that. He would never hurt a female. He would never hit one or even raise his hand to one. Fighting for his country is one thing, but not when it comes to raping and murdering. That’s not him.’ Let us accept the claim that ‘that’s not him.’ Nevertheless, because of a series of unspeakable and unpardonable events within the context of an illegal and immoral war, ‘that’ is what he became. On February 21, 2007, Cortez pled guilty to the rape and four counts of felony murder. He was convicted a few days later, sentenced to life in prison and a lifetime in his own personal hell.”

In a 2010 book called The Casualty Gap, Douglas Kriner and Francis Shen look at the data from World War II, Korea, Vietnam, and Iraq. They found that only in World War II was a fair draft employed, while the other three wars drew disproportionately from poorer and less educated Americans, opening a “casualty gap” that grew dramatically larger in Korea, again in Vietnam, and yet again in the War on Iraq as the military shifted from conscription to “volunteer.” The authors also cite a survey showing that as Americans become aware of this casualty gap, they become less supportive of wars.

The transition from war primarily by the rich to war primarily by the poor has been a very gradual one and is far from complete. For one thing, those in the highest positions of power in the military are more likely to have come from privileged backgrounds. And regardless of their background, top officers are the least likely to see dangerous combat. Leading the troops into battle is not how it works anymore, except in our imaginations. Both presidents Bush saw their approval ratings soar in public opinion polls when they fought wars ? at least at first when the wars were still new and magnificent. Never mind that these presidents fought their wars from the air-conditioned Oval Office. One result of this is that those making the decisions upon which the most lives hang are the least likely to see war death up close, or to have ever seen it.

The first President Bush had seen World War II from an airplane, already a distance away from the dying, although not as far away as Reagan who had avoided going to war. Just as thinking of enemies as subhuman makes it easier to kill them, bombing them from high in the sky is much easier psychologically than participating in a knife fight or shooting a traitor standing blindfolded beside a wall. Presidents Clinton and Bush Jr. avoided the Vietnam War, Clinton through educational privilege, Bush through being the son of his father. President Obama never went to war. Vice Presidents Dan Quayle, Dick Cheney, and Joe Biden, like Clinton and Bush Jr., dodged the draft. Vice President Al Gore went to the Vietnam War briefly, but as an army journalist, not a soldier who saw combat.

Rarely does someone deciding that thousands must die have the experience of having seen it happen. On August 15, 1941, the Nazis had already killed a lot of people. But Heinrich Himmler, one of the top military bigwigs in the country who would oversee the murder of six million Jews, had never seen anyone die. He asked to watch a shooting in Minsk. Jews were told to jump into a ditch where they were shot and covered with dirt. Then more were told to jump in. They were shot and covered. Himmler stood right at the edge watching, until something from someone’s head splashed onto his coat. He turned pale and turned away. The local commander said to him:

“Look at the eyes of the men in this Kommando. What kind of followers are we training here? Either neurotics or savages!”

Himmler told them to do their duty even if it was hard. He returned to doing his from the comfort of a desk.

Pages: 1 2
Share
Previous How Our Sick Culture Makes Girls Think They Have to be Gorgeous to Be Loved
Next The Logic of Imperial Insanity and the Road to World War III