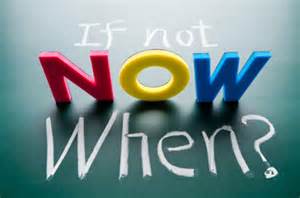 The grave challenge of our time is not to reform the current system but to replace it. As our nation’s founders prescribed in the Declaration of Independence, when “any Form of Government becomes destructive” of the ends of “Life, Liberty and the Pursuit of Happiness” it is not only our right, but our duty “to alter or to abolish it.”
Our problem is not lack of laws and regulations though these do appear to be inadequate to protect us. It is not lack of intelligent, caring people to govern us, though our leaders have to a large extent let us down. It is not even lack of a healthy environment, nor is it widening inequality and poverty. These are all symptoms that distract us from the real cause of our trouble.
As dissident physicist David Bohm explained (Thought as a System, 1994): “… the source of our problems is basically in thought. Many people would think that such a statement is crazy, because thought is the one thing we have with which to solve our problems. Yet it looks as if the thing we use to solve our problems is the source of our problems. It’s like going to the doctor and having him make you ill.”

We’re stuck in a culture (i.e., a way of thinking), now roughly three centuries old, that has finally proven itself inadequate. All the way up through the years of my childhood in the Fifties and Sixties, this culture (i.e., western bourgeois) was not only acceptable, it was unassailable. Its core tenet has been the inevitability of progress and the “fact,” as Margaret Thatcher put it during her reign as British prime minister, that “There is no alternative (TINA).”
If she’s right, we’re f**ked. Because while globalized capitalism has brought unparalleled comfort and power for the few — conquering the chronic limitations of space and time as never before — the contradictions of TINA thinking have become too odious to ignore.
We humans are literally destroying our own habitat. While a few feast, billions suffer malnourishment, illness and death from preventable disease and lack of basic necessities of life. (Have you ever attended one of those Hunger Banquets first conceived by the international anti-hunger organization OxFam? The top 15% are served a sumptuous meal. The middle 35% eat rice and beans. The leftover 50% help themselves to small portions of rice and water.)
This is the world we live in and these trends — global environmental collapse and mass poverty — are steadily worsening.
Contrary to a popular view, this state of affairs is neither “natural” nor unavoidable. The logic — resulting from a misreading of Darwin but powerful nonetheless — that we humans are creatures who “naturally compete” for scarce resources has finally revealed itself to be illogic, since its consequence is the demise of our entire species!
This is why many of the sharpest critics of the current order — such as Chris Hedges, Vandana Shiva, Rebecca Solnit, and lately Michael Moore- – are urging us not toward reform but toward revolution. Not violent revolution of course (though the recent mass protests in the streets of London and Paris are certainly a positive step and would be welcome here in the U.S.). They are talking about a wholesale shift of paradigm, a new way of thinking (and thus, acting, of understanding ourselves and our place in the cosmos.
Again, this is not untilled ground. My favorite “outside of the box” thinker is Stanford professor emeritus Sylvia Wynter. Wynter reminds us that all cultures share certain key components — a “foundational myth” or cultural narrative, a definition of what it means to be “a good man or woman of one’s kind,” and a significant ill that threatens the order (whether the “wobbling sun” that plagued the Aztec mind or the specter of poverty that threatens (homo economicus should he/she fail to meet the mark).
In his wonderful book The Trouble with Tom (2005), author Paul Collins describes Thomas Paine’s prediction of the decline of bourgeois culture long before it had reached its present impasse.
“Paine…decried the British government’s use of unbacked paper currency to finance foreign adventurism through ever-spiraling debts; these, in turn, required more wars to shore up domestic support and foreign resources. The national debt, Paine contended, would eventually become a national bankruptcy — and the strength of its financial markets could prove the country’s greatest weakness.”
Paine knew that representative democracy rested on thin shoulders. Collins writes: “Paine was deeply unimpressed by the financial acumen of members of Parliament — ‘they only understand fox-hunting,’ he snapped.” There were no “golf junkets” in those days but you get the idea!
Two centuries later, the proverbial excrement has hit the fan. The once-unchallengeable logic of a virtuous, self-correcting Market — the functional equivalent of the Roman Church’s pre-Copernican dogma that the sun circumambulates the earth — no longer holds the allegiance of the masses. Too many foreclosures and pink slips, too many brutal and unnecessary wars, and even too many Big Macs have taken the bloom off the rose. Whether as minions of the misguided Tea Party movement or simply as members of the disenchanted majority, more and more Americans are being forced to concede that the interests of the über rich and themselves may be terminally out of sync.
The Citizens United decision took a wrecking ball to any possibility that democracy can temper the forces of concentrated capital. We live in the age of unbridled corporate control of politics, in which both traditional liberals and traditional conservatives have been sidelined. Aside from a few pop dissenters like Jon Stewart and Stephen Colbert, and the furrowed brow pundits of MSNBC, the political discourse of today is being driven largely by the John Boehners, Dick Armeys, Sarah Palins and Glenn Becks. As Einstein remarked observing the first atomic fission: everything has changed “except our mode of thinking, and thus we drift toward unparalleled catastrophe.”
Assuming we don’t succumb to nuclear Armageddon or a climate meltdown, a new and different world must arise. In fact, it is already arising in communities small and large both here and around the world. A new narrative — one that redefines what it means to be “a good man or woman of our kind” — is emerging, a narrative that celebrates community over competitiveness, stewardship over exploitation. It will advance a holistic approach to living in harmony with the physical world so that we may have an opportunity to experience an intellectual and spiritual world. It offers the possibility of a better existence for all living things, and even non-living things, on our planet.
Bring it on!

Dan Hamburg, former Congressman of California’s First District, is executive director of Voice of the Environment, based in Mendocino and Marin Counties, California. In 1998, four years after his term in the U.S. House of Representatives, he participated in the 113-day occupation of Ward Valley, California. This act of nonviolent civil disobedience was successful in stopping construction of a radioactive waste dump on land sacred to the Native American tribes of the lower Colorado River.

Share
Previous Is Motherhood As We Know it Over? Wealthy Women Farming Out Birth and Childrearing to the Poor
Next Renouncing Empire