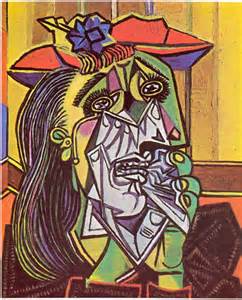 Botox, Bingeing, Bullying and Breast-Ironing: We Must Stop the War on Women’s Bodies

In a globalized world, we must fight toxic body culture by “becoming what we have never seen”–rewriting the paradigm of health and self-acceptance.
When most people hear the words “body image,” the demographic that comes to mind is young, white, wealthy, American women with self-esteem issues. When “body image” is covered on television, it is most often positioned as solely about eating disorders, and further, the most extreme forms; Entertainment Tonight boosts ratings with their anorexic twins profile and HBO’s documentary THIN focuses almost exclusively on the upper-middle class kind of insecurity that takes root in adolescence and sends many girls down a path of self-hatred.
But the true battle against bodies in our highly toxic culture conjures a far more diverse and vast picture. Imagine this global collage: a fat, black kid in rural Mississippi is bullied for his body weight, not just by peers, but doctors, coaches, and health teachers who have been stirred up by the “obesity epidemic” coverage; a young girl in Argentina who would wear the American equivalent of a size 10, can’t find any clothes that fit because they still won’t carry a range of sizes despite legislation requiring that they do; a young Bengali woman’s belly grows swollen with an American couple’s baby as she tries to earn some extra money for her own family.

As an international body-focused movement takes form, we must re-imagine who it is that we’re fighting for. It’s not just rich, white girls with eating disorders—though we’re fighting for them, too—it’s women worldwide who are suffering from what Susie Orbach calls “corporeal colonialism.” In our increasingly globalized world, where corporate conglomerates produce the majority of both the products we buy and the media we read, we are all stuck together in this sticky, toxic web of disembodiment.
Those who care about real change must move forward with a common vision of who we are fighting for and, most importantly, with. We are fighting for ourselves, of course, but we are also fighting for and with the next generation. We are fighting for and with the 8-year-old girl in the UK who recently reportedly got Botox injections. We are fighting for and with the children of parents who have thrown away hard-earned money on bogus and dangerous diets to the tune of $40 billion each year; many of these kids want to break the cycle. We are fighting for and with the little girl in Cameroon whose breasts are ironed.
As Dr. Sayantani DasGupta recently wrote for Feministing.com: “Toxic body culture isn’t a white woman’s issue. It’s not even a woman’s issue—it’s all our concern. But only if a discussion of advertising happens within an understanding of consumerism, if beauty standards are discussed alongside able-ism or the oppressions of gender and sexuality binaries, if local embodiment politics is contextualized within broader global forces.” In other words, unless the movement is broad and intersectional, inclusive and genuinely diverse, we will be replicating many of the invisibilities that we are fighting so hard against.
It is our responsibility, and our joy, really, to cut the ribbon on a new future in body image activism—one that is gloriously inclusive and messy, broad in issue and bold in agenda, one that acknowledges our international and economic interconnection. Until Western women, for example, are willing to acknowledge that our purchasing power effects the lives of women throughout the world, we will only be paying lip service to global sisterhood. As Penelope Jagessar Chaffer illustrates in her documentary film, Toxic Baby, for example, most birth control pills American woman pop were tested and manufactured in Puerto Rico, where the excess of estrogen in the water is causing girls as young as four-years-old to start menstruating.
Inclusivity and accountability of this kind are daunting, without a doubt, but there’s simply no other moral way. Whether a privileged American college student is riding soul-deadening waves of bingeing and purging or a poor South African girl is saving her rands for skin-lightening cream or a Japanese teenager is begging her parents for plastic surgery—there is suffering. These are not necessarily equal oppressions; there is no need to set up a hierarchy. All we need to know and to grow mutually outraged by is that all of this pain exists—personally and politically.
Shifting the public perception is crucial, which is part of why it’s imperative that the composition of the movement reflects the new visual culture we want to see in the world. And even more, it’s not just that the issues and activists need to be varied; the leaders must represent a wide range of humanity. Let’s be real: the thought leaders of the body image conversation have been too homogeneous for too long. I include myself in that pool. With great respect for my predecessors—authors and activists like Susie Orbach, Naomi Wolf, Jean Kilbourne, and so many others—I do believe that it is time to genuinely honor the voices and perspectives of a diversity of women by giving up the mic, reaching out of our comfort zones to reach beyond the “usual suspects” for collaborators, finding resources to support the work of a diversity of body advocates.
Imagination may just be the key to our liberation. Marian Wright Edeleman has said, “You can’t be what you can’t see.” I think she’s partly right. Certainly, part of what stands between us and the culture that we want to live in, the culture that respects and even celebrates the true diversity of bodies, is a failure of the imagination. We’ve never lived in that kind of place, we’ve never had the privilege of witnessing that kind of world. Everyone alive today was born at a time when the exploitation of women’s bodies globally was rampant, fat talk was obsequious, and eating disorders epidemic. It is simply what we’ve known.
And that’s why, it’s not just about being savvier, more vocal consumers, it’s not just about protesting or online organizing, it’s not just about educating the next generation of girls in media literacy, although it is about all of those things…it’s about actually envisioning and embodying another world.
We’ve never seen it, so as Marion Wright Edelman tells us, it’s very difficult to have faith that we might actually have it. But I think finally—with all of these new tools at our fingertips, with these demographic shifts catapulting women into positions of power and transforming the hearts and minds of boys and men, with this momentum all over the world and a new global consciousness about the range of issues we face—we just might become what we have never seen. We just might become a culture that refuses to profit off of women’s bodies, making them sick, and instead respects, cares for, and celebrates them.
We just might become what we have never seen. How miraculous is that?
Courtney E. Martin is a writer, teacher, and speaker living in Brooklyn. She was the Summit Coordinator for the Endangered Species Summit in New York City last month and is part of an ongoing international campaign of the same name. She is also the author of Perfect Girls, Starving Daughters: How the Quest for Perfection is Harming Young Women and Do It Anyway: The New Generation of Activists.

Share
Previous Who should be blamed for killing in Paris?
Next Destroying Freedom, Truth And Justice With The Power of Words