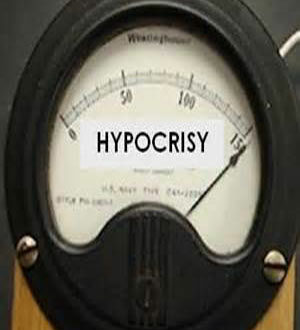 Even today a majority of the US population believes Washington’s propaganda that Russia invaded Ukraine and annexed some provinces. Neither judgment nor intelligence are strongpoints of the American public and juries. By DR PAUL CRAIG ROBERTS
There are two ways to look at the alleged terrorist attack on the French satirical magazine Charlie Hebdo.
One is that in the English speaking world, or much of it, the satire would have been regarded as “hate speech,” and the satirists arrested. But in France Muslims are excluded from the privileged category, took offense at the satire, and retaliated.
Why would Muslims bother? By now Muslims must be accustomed to Western hypocrisy and double standards. Little doubt that Muslims are angry that they do not enjoy the protections other minorities receive, but why retaliate for satire but not for France’s participation in Washington’s wars against Muslims in which hundreds of thousands have died? Isn’t being killed more serious than being satirized?

Another way of seeing the attack is as an attack designed to shore up France’s vassal status to Washington. The suspects can be both guilty and patsies. Just remember all the terrorist plots created by the FBI that served to make the terrorism threat real to Americans.
France is suffering from the Washington-imposed sanctions against Russia. Shipyards are impacted from being unable to deliver Russian orders due to France’s vassalage status to Washington, and other aspects of the French economy are being adversely impacted by sanctions that Washington forced its NATO puppet states to apply to Russia.
This week the French president said that the sanctions against Russia should end (so did the German vice-chancellor).
This is too much foreign policy independence on France’s part for Washington. Has Washington resurrected“Operation Gladio,” which consisted of CIA bombing attacks against Europeans during the post-WW II era that Washington blamed on communists and used to destroy communist influence in European elections? Just as the world was led to believe that communists were behind Operation Gladio’s terrorist attacks, Muslims are blamed for the attacks on the French satirical magazine.
The Roman question is always: Who benefits? The answer is: Not France, not Muslims, but US world hegemony. US hegemony over the world is what the CIA supports. US world hegemony is the neoconservative-imposed foreign policy of the US.
According to National Public Radio, Charlie Hebdo is about free speech. The US has free speech, claim NPR’s pundits, but terrorists have taken it away from the French.
Just how does the US have free speech when NY Times reporter James Risen was psychologically put on the rack to force him to reveal his source, despite the fact that Risen and his source are protected by the US Constitution and whistleblower protections. Clearly, in the US “national security” has trumped everything else.
“National security” has nothing to do with national security. It has only to do with protecting the criminals in the US government from accountability for their crimes. Every time you hear Washington invoke “national security,” you know for a 100% fact that the government has committed yet another crime. National security is the cloak for Washington’s criminal operations. “National security”prevents the government’s crimes from coming to light and, thereby, protects government from accountability.
One wonders what role “national security” will play in the trial of alleged Boston Marathon Bomber Dzhokhar Tsarnaev. Tsarnaev has been in custody since April 2013 and under indictment since April 22, 2013. Yet jury selection is only now beginning in January 2015. Why this long delay? The guarantee of a speedy trial no longer means anything, but with all sorts of charges in addition to the bombing for which the government claims eye witnesses and confessions and with the Tsarnaev brothers already convicted in the media, the long delay is a puzzle. Yet, we have not heard from Dzhokhar Tsarnaey himself. It is difficult to push away the thought that Dzhokhar’s trial has been delayed in order to compete his conditioning and acceptance of his guilt and in order for the many questions raised by alternative media to be forgotten.
The print and TV media have dished up the government’s explanation without investigation. However, the alternative media have taken great exception to every aspect of the case. As the US government has taught us since the Clinton regime, the safest assumption is that everything the government says is a lie.
The most suspicious aspect of the event was the speed with which an army of 10,000 heavily armed troops consisting of police from various jurisdictions and National Guard soldiers outfitted in military gear and provided with tanks or armored personnel carriers were on the streets of Boston. Never before has such a massive force equipped with military heavy equipment been employed in a manhunt, much less for one wounded, unarmed, 19-year old kid.
For such a force to be assembled and deployed so quickly suggests pre-planning. What was presented as a manhunt for one badly wounded suspect looks more like a test case and precedent for locking down one of America’s largest cities, while squads of troops evicted US citizens from their homes at gunpoint and conducted indiscriminate searches of houses that contributed nothing to apprehending the alleged suspect. The chances are zero that any household would have harbored a badly wounded unarmed fugitive dying from the lack of medical care.

Pages: 1 2
Share
Previous Story of Muslim experience in America
Next Generosity and Altruism