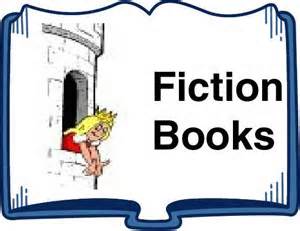 Mae West, who mined the rich symbolic terrain of fairy tales, once famously quipped, “I used to be Snow White, but I drifted.”

These days the social and sexual messages of fairy tales are no secret. Feminists in particular have long recognized that fairy tales socialize boys and especially girls, presenting them with lessons that must be absorbed to reach adulthood.

But what exactly are those lessons? We tend to think of fairy tales as timeless and universal, but in fact they express our collective truths even as those truths shift over time and place.

Take the story of Little Red Riding Hood, for example — a tale we all know well, though not as well as we think.

Once upon a time, “Little Red Riding Hood” was a seduction tale. An engraving accompanying the first published version of the story, in Paris in 1697, shows a girl in her déshabille, lying in bed beneath a wolf. According to the plot, she has just stripped out of her clothes, and a moment later the tale will end with her death in the beast’s jaws — no salvation, no redemption. Any reader of the day would have immediately understood the message: In the French slang, when a girl lost her virginity it was said that elleavoitvû le loup — she’d seen the wolf.

Penned by Charles Perrault for aristocrats at the court of Versailles, “Le petit chaperon rouge” dramatized a contemporary sexual contradiction. It was the age of seduction, notorious for its boudoir histories and its royal courtesans, who rose to power through sexual liaisons and were often celebrated at court; those who made it to the King’s bed might earn the title maîtresse-en-titre, official mistress.

Nonetheless, chastity was the feminine ideal, demanded by the prevailing institution of marriage — not the “fairy tale wedding” of modern fantasy, but the mariage de raison, orchestrated by parents for social or financial gain and often no more than a crass exchange of assets.

Hence the age of seduction was also an age of institutionalized chastity: Girls were raised in convents. By law a man could sequester daughters (or any female relatives) until marriage. Men and women alike could be disinherited, banished or even sentenced to death for the crime of rapt — meaning seduction, elopement or rape (among which the law made scant distinction). And young women were repeatedly warned of the dangers of unscrupulous suitors.

Perrault cloaked his heroine in red, the color of scandal and blood, suggesting the girl’s sin and foreshadowing her fate. Her chaperon, or hood, also took on the tale’s lesson, acquiring the meaning in English, which it already possessed in French, of one who guards girls’ virtue. For good measure, Perrault added an explicit rhyming moral admonishing demoiselles — that is, young ladies of society — to remain chaste:

Little girls, this seems to say, Never stop upon your way, Never trust a stranger-friend; No one knows how it will end. As you’re pretty so be wise; Wolves may lurk in every guise. Handsome they may be, and kind, Gay, and charming — nevermind! Now, as then, ‘tis simple truth — Sweetest tongue has sharpest tooth!

Though Perrault’s moral would eventually be eliminated from the fairy tale, his metaphor has survived to this day. Today we still use the term “wolf” to mean a man who chases women.

In the 19th century Red Riding Hood grew more discreet, and also acquired a man to safeguard her. A fatherly woodsman rescues Red from the beast’s belly and gives her a second chance to walk the straight path through life in “Little Red Cap,” published in 1812 by the German brothers Jacob and Wilhelm Grimm. This is the version of the tale that most people know today.

A famous 1875 print by Walter Crane — appearing in a six-penny color “toy book” that made the story immensely popular in England , a hub of children’s literature — shows the heroine cloaked in the garb and ideas of the Victorian working class. Women and children alike might be easily fooled by the wolf that Crane draws wearing a sheepskin — a Biblical reference to the Devil. Today the prudish Grimms’ version of the fairy tale remains rife with suggestive details left over from Red Riding Hood’s racier French past, yet modern readers remain remarkably and sometimes comically oblivious.

In 1990, the storybook was banned in two California school districts because of an illustration showing Red’s basket with a bottle of wine as well as fresh bread and butter. The story line of Red disrobing and climbing in bed with the wolf passed muster, but the wine, they said, might be seen as condoning the use of alcohol.

1953 Max Factor ad in Vogue
Not until the 20th century was the bowdlerized Red Riding Hood defrocked, so to speak, and redressed. Advertisements transformed the heroine, once a symbolic warning against the female libido, into an ode to Lust. Ripe young “Riding Hood Red” lipstick would “bring the wolves out,” Max Factor promised, in a poster-sized ad appearing in Vogue in 1953. A 1962 advertisement in The New Yorker offered Red as a glamorous femme fatale, on her way to Grandma’s in her “little Red Hertz.”

And, “Without red, nothing doing,” said a 1983 French advertisement for Johnnie Walker Red Label Scotch whisky, which showed a wolf bypassing a crestfallen girl clad in white. (Who wants to buy a drink for bleached goody-two-shoes?)

Storytellers from the women’s movement and beyond also reclaimed the heroine from male-dominated literary tradition, recasting her as the physical or sexual aggressor and questioning the machismo of the wolf. In the 1984 movie The Company of Wolves, inspired by playwright Angela Carter, the heroine claims a libido equal to that of her lascivious stalker and becomes a wolf herself. In the Internet tale “Red Riding Hood Redux,” the heroine unloads a 9mm Beretta into the wolf and, as tufts of wolf fur waft down, sends the hunter off to a self-help group, White Male Oppressors Anonymous.

The 1996 movie Freeway cast Reese Witherspoon as a tough runaway in a red leather jacket who is more than a match for the serial killer she meets while hitching her way to grandma’s trailer park. And about that macho wolf? A 1989 “Far Side” cartoon by Gary Larson cast the beast on a psychiatrist’s couch, in a floral nightgown. “It was supposed to be just a story about a little kid and a wolf,” he says, “but off and on I’ve been dressing up as a grandmother ever since.”

Modern fairy tales with strong heroines have abounded since the 1970s, when second-wave feminists such as Simone de Beauvoir, Andrea Dworkin and Susan Brownmiller pointed out how the classic fairy tales of Perrault and the brothers Grimm showcase passive, helpless, beauty-queen femininity. Such tales, they argued, made little girls long to become “glamorous victims.”

Since then, men and women alike have rewritten many of the classic tales to reflect more modern ideas about women. But few outside the field of folklore know that some of our most popular stories have oral roots that are strikingly different from the literary tradition and feature heroines who are far from passive. Little Red Riding Hood is such a case.

Folklorists trace the origins of tales the same way paleontologists study the origins of species: by collecting, dating and comparing samples, noting common traits that suggest common ancestry, and attempting to construct a lineage. In the mid-20th century, scholars and collectors found a substantial body of stories from France . All were remarkably similar in plot and many shared an abundance of details, including cannibalism, defecation, a striptease, and a bedroom encounter with a beast.

They lacked, however, the usual fairy tale moral scolding the heroine. And most of them shared one more remarkable element: a clever heroine who escapes by her own wits. One memorable version of the story genre ends like this: Lying in bed with the villain — this time, a bzou, or werewolf — the heroine pretends she has to relieve herself. The bzou tells her to do it in the bed, but she refuses —“Oh no, that will smell bad!” she says in another variation —so the bzou ties a cord around the heroine’s ankle and lets her out on the leash, tugging periodically to ensure she does not get away.

Once outside, however, the girl unknots the cord and ties it around a tree. With the bzou in belated pursuit, she escapes. Folklorists are now reasonably certain that this is how Little Red Riding Hood’s adventure was told many years ago, around the fire or in the fields, long before she found her way to print.

What to make of this plot? Rather than the tales of female folly and punishment presented by Perrault and the brothers Grimm — and canonized by the popular psychologist Bruno Bettelheim as reflective of timeless, deeprooted truths — this story contains many of the same elements that distinguish folktales and myths about male heroes.

Like most fairy tales, it follows a “rite of passage” structure, associated with coming of age (indeed, many fairy tales end in marriage, the symbolic recognition of adulthood). But rather than featuring a passive heroine who awaits rescue by a prince or woodcutter, this oral folktale features a heroine triumphant. It is not she but her adversary who is duped.

As is typical of tales about male heroes, the plot revolves around a test of self-reliance that some scholars call a “wisdom journey.” Perhaps it should not be surprising that we don’t often find such female characters in our classic literary fairy tales, which were penned by men in centuries when an unwed woman remained conceptually a child well into middle age.

But oral fairy tales were often told by women, to the repetitive rhythms of work, until spinning a yarn and telling a tale were one and the same. Spinning and sewing terms often appear in fairy tales — Rumplestiltskin spins straw into gold, Sleeping Beauty pricks her finger on a spindle, and in the oral ancestor of Red Riding Hood, the heroine meets her adversary at “the path of pins and needles.”

Such terms, symbolic of women’s work and skills, serve to remind us that these stories were once wives’ tales — that is, stories told by women — before that term came to mean a lie. Should it be surprising that a woman storyteller would cast her heroine as more clever than her adversary? Or represent female maturity in different terms from male authors of history?

If these stories came only from one city or country, perhaps one would begin by searching for a particular explanation in that particular locale. But as it turns out, Red Riding Hood’s empowered sisters have been found all around the globe — not only in France but throughout Europe and in lands as far away as China — which ought to make us broadly question our so-called timeless and universal stories about women, and our very notion of a heroine.

As Mae West knew, old stories can be reinvented. And heroines can always be reclaimed.

Catherine Orenstein is the author of Little Red Riding Hood Uncloaked: Sex, Morality and the Evolution of a Fairy Tale (Basic Books, 2002).