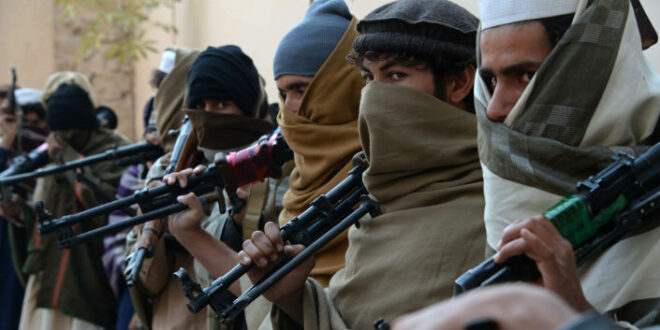 According to Mouood, quotes by Strategic Council on Foreign Relation:

THREATS AND CHALLENGES OF PAKISTANI TALIBAN FOR ISLAMABAD GOV’T

Strategic Council Online – Interview: A former Iranian diplomat considered Islamabad’s support for the Taliban coming to power in Kabul as a threat to Pakistan’s future and said: The coming to power of the Taliban in Kabul stimulates ethnic sentiments for supporting the Pashtuns in the Pashtun-populated and tribal areas and this will become a great challenge for the government of that country.

Mohsen Rouhi Sefat, speaking in an interview with the website of the Strategic Council on Foreign Relations, while referring to the challenges of the Pakistani Taliban for the central government in that country, said: The Taliban ethnic movement considered the issue of “Pashtunistan” as an important issue during the period of absolute rule in Afghanistan, and even a week in the Afghan calendar was named “Pashtunistan Movement”.

He explained: In that week, several speeches and meetings were held throughout Afghanistan and position used to be taken against the Pakistani government. They claimed that Peshawar was Afghanistan’s winter capital that should be returned to it or that Pashtunistan should become an independent state.

Reminding that in seven areas of Pakistan’s tribal free zones, Pakistani law did not apply and “Pashtunwali” laws prevailed, he said: The coming to power of the Taliban in Kabul is fueling ethnic sentiments for supporting Pashtuns in Pakistan’s Pashtun-populated and tribal areas, and this will become a major challenge for the government of that country.

The international affairs analyst continued: Pakistan, like Afghanistan, has nation-state problems and consists of four main ethnic groups with Islam as their common chapter through which they have separated themselves from India. Among ethnic groups, however, ethnic issues have more pronounced implications than ideological issues, and ideology is interpreted in favor of ethnicities.

Rouhi Sefat added: The ethnic agitation of the Pashtuns in this context is a danger for the central government, and of course in this regard, the will of the Baluchis should also be taken into account; because they did not simply join Pakistan at the time of the separation of India and Pakistan from Britain, and after several years of resistance, the Pakistani army was able to annex them to the country.

The former Iranian diplomat said: Previously, the Pashtuns had signed an agreement with the government of Pakistan that the Pashtunwali should prevail in the tribal areas and the flag of Pakistan should be installed only on the asphalted roads. Of course, this issue was disputed during the years of al-Qaeda presence in those areas, and Parviz Musharraf tried to suppress them by force of arms. Recently, with a bill passed in the parliament, those areas became fully part of the Pakistani government; but the Pashtuns and their leaders continue to challenge the issue.

“Caliphate” movements among Pashtuns, challenge before government of Pakistan

He cited the Taliban’s belief in “caliphate” as another challenge facing the government of Pakistan, adding: Muslims in those areas have always dreamed of reviving the great and glorious government that prevailed at the beginning of Islam. Among the Sunnis, this issue is seen in the form of the “idea of ​​reviving the caliphate”. So far, all such efforts have failed, but the Taliban’s victory in Afghanistan has revived the idea that Sunni ulema and clerics are able to establish an Islamic caliphate among Muslims. This has created a significant force among Sunni Muslims.

Rouhi Sefat described the deep ties between Pakistani and Afghan Sunni clerics as a ground for stirring up the views of the Pakistani Taliban, adding: It seems that we will be witness to this kind of Taliban rule in Pakistan in the future. Of course, the differences in the situation in these two countries must be taken into account; because the Pakistani army is one of the strongest in the region, and according to some views, it is the army that administers Pakistan. However, among the military, there is also a large religious and middle-class spectrum, and from this point of view, the caliphate movements in Pakistan can cause problems.

According to the expert on international affairs; religious powers have a better chance of mobilizing the people, even in elections, than secular parties. Although in Pakistan the military is an obstacle to some independence and power-seeking tendencies, it should not be forgotten that during Musharraf’s time there were numerous clashes between the army and tribal areas seeking to “establish a rule of God’s law”. They were not yet known as the Taliban at that time, but the clashes weakened the country and the military.

He continued: Some official parties in Pakistan, such as the “Jamiat Ulema-e Islam Pakistan” Party led by Maulana Fazlur Rehman, have been claiming the post of prime minister and the government for years and are running in elections, sometimes even have ministers in the coalition governments. In the current situation, they are motivated and encouraged to establish such a power in Pakistan with the help of the Afghan Taliban.

The former Iranian diplomat emphasized: This situation before it could lead to create a stable situation; will cause unrest, conflict and instability in Pakistan and Afghanistan, and will face instability and insecurity in eastern Iran. Such challenges and Iran’s interests can also be threatened due to the existence of broad common borders.

Dangers of Islamabad support for Taliban coming to power in Kabul

Rouhi Sefat described Islamabad support for the Taliban’s rise to power in Kabul as a threat to Pakistan’s future, and regarding the Taliban’s views on the possibility of separatist tendencies, such as the formation of Pashtunistan in the border areas, said: The Taliban will not align with Pakistan after consolidating power in Afghanistan; because Afghans are usually xenophobic and after coming to power, they get involved even with those who helped them.

He added: The Afghan Taliban will not be in line with Pakistan’s interests in the future. The Durand Line issue has sensitivities for Afghan public opinion, and in addition, since the Taliban are accused of being supported by Pakistan, they will inevitably oppose the issue to prove themselves against Pakistan in order to acquit themselves and prove they are independent. 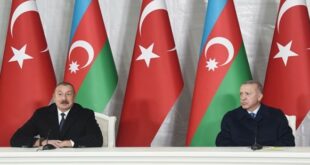 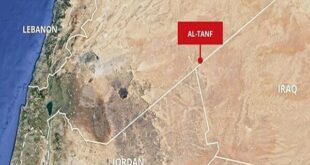 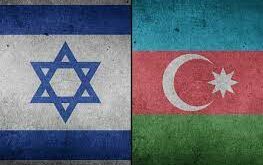 According to Mouood, quotes by THE NATIONAL INTEREST Iran’s Flying Missile Boats are Meant to …