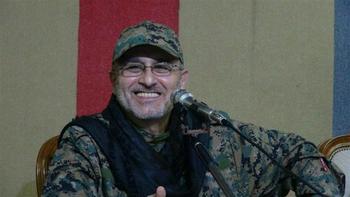 An Israeli strike against the Syrian capital, Damascus, has claimed the life of a top military commander of the Lebanese Hezbollah resistance movement, media reports said Friday.

Badreddine was the commander of Hezbollah’s military arm, its chief of intelligence, and adviser to the movement’s Secretary General Seyyed Hassan Nasrallah.

He was the cousin and brother-in-law of the top Hezbollah commander, Imad Mughniyeh, who was likewise assassinated by the Israeli regime in Damascus in 2008. Israel’s spy agency, Mossad, killed Mughniyeh by remotely detonating a bomb planted in the spare tire of a parked SUV in the Syrian capital.

Lebanon’s Hezbollah has confirmed the martyrdom of its top commander.

Pro-Hezbollah activists on the social media were paying homage to the commander. Mughniyah’s son, Jihad, was also killed in an Israeli airstrike in Syria in January 2015.

Lebanon’s Hezbollah movement says it is investigating to find out whether a blast which claimed the life of a top military commander was caused by an airstrike, missile attack or artillery.

In a statement, the resistance movement said Friday that initial information indicates Mustafa Badreddine was killed in a big explosion at one of its bases near Damascus Airport.

Hezbollah is working to “define the nature of the explosion and its cause, and whether it was the result of an airstrike, or missile attack or artillery,” the statement said.

Early reports had suggested that Badreddine was assassinated in an Israeli airstrike.

A Hezbollah member of parliament also said Israel is behind the assassination, indicating that the Lebanese movement would respond “at the appropriate time.”

“This is an open war and we should not pre-empt the investigation but certainly Israel is behind this,” Nawar al-Saheli said told al-Manar TV station.

“The resistance will carry out its duties at the appropriate time,” he said.

The 55-year-old Badreddine was the commander of Hezbollah’s military wing which is helping the Syrian government drive out foreign-backed Takfiri terrorists from the country.

In doing so, the movement says it is trying to prevent the Syrian conflict from spilling over to Lebanon and keep Takfiri terrorists at bay.

“He said a few months ago, ‘I will not come back from Syria, unless a martyr or carrying the flag of victory,'” Hezbollah said in a statement carried by the Al-Manar TV channel.

“He is the top commander Mustafa Badreddine. And he came back today as a martyr,” it added.

Badreddine also directed military operations against the Israeli invasion of Lebanon and was a frequent target of attempts by Tel Aviv, the US and its allies in the Middle East to assassinate or capture him.

He was the cousin and brother-in-law of top Hezbollah commander Imad Mughniyeh who was assassinated by Israel in 2008.

Mossad killed Mughniyeh by remotely detonating a bomb planted in the spare tire of a parked SUV in the Syrian capital.

Mughniyah’s son, Jihad, was also assassinated in an Israeli airstrike in Syria in January 2015.

Israel is widely known to have been supporting terrorists fighting to topple Syrian President Bashar al-Assad.

According to Israel’s Channel 2 television, Israeli medics have treated more than 2,100 militants injured in the war on Syria since 2011.

In December 2015, the British newspaper Daily Mail said Israel had saved the lives of more than 2,000 Takfiri militants since 2013.

The Syrian army has repeatedly claimed to have seized sizable quantities of Israeli-made weapons and advanced military equipment from militants in the Arab country.

Share
Previous US Drone Strikes Kill 17 Civilians in Afghanistan
Next Conference to promotes understanding of Islam in Saskatoon, Canada 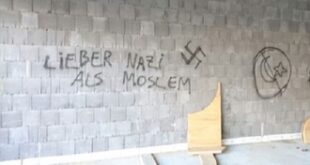 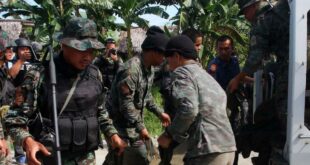