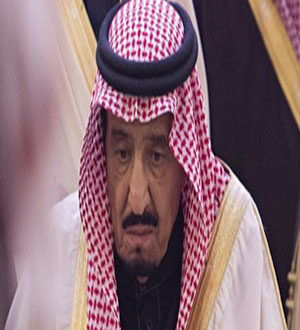 President Mohammadu Buhari has had a telephone conversation with the King of Saudi Arabia Salman bin Abdulaziz Al Saud.

During their conversation, both leaders discussed crucial issues of bilateral relations and ongoing events in both their countries.

This is the first King Salman’s reaction after Zaria Shia massacre which occurred two days ago. In his telephone conversation with Buhari, King Salman mentioned the killing of hundreds of Shias in Zaria was a fight against terrorism.
He expressed the outright support of Saudi Arabia for Nigeria in its ongoing fight against terrorism and emphasized that Saudi Arabia stands in solidarity with the African country following a series of recent terrorist attacks.

King Salman also emphasized that criminal acts such as terrorism are denounced by Islam and asserted his kingdom will refuse to become involved in any kind of foreign intervention aimed at destabilizing the security and stability of Nigeria.

In turn, President Buhari expressed his thanks to King Salman for the affirmation of his country’s support for Nigeria and said he hopes to visit the kingdom soon.